The 360 Security app is an antivirus boost that has been created by a Chinese company called Qihoo 360. This company has brought about a Security app for your android devices that has a solid, intuitive, and also well-designed antivirus program to the Android platform.

You will be able to get the 360 Security app in many features aside from the regular antivirus protection. These include amongst others an app manager, junk file cleaner, memory booster as well as a real time protection on top of it all. 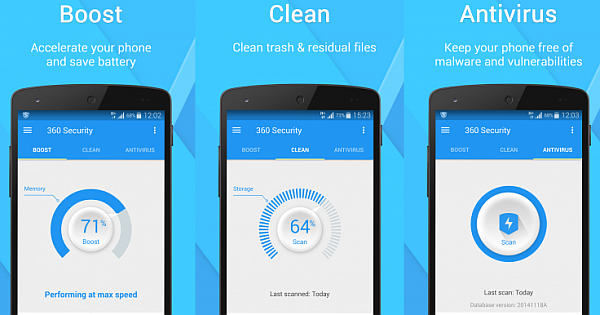